YETI
SKU:
Availability:
Due to Covid-19 limitations some products might not be in stock. Please call or email to confirm availability.
$4,200.00
(You save )
(No reviews yet)

"Race Bred" It's Not Just A Slogan Printed On The SB150 Top Tube. We've Been Pinning On Numbers And Pinning The Throttle Since 1985.

At The Heart Of The SB150 Suspension Design Is Our Patented Switch Infinity, With A Translating Pivot System For Excellent Anti-Squat Characteristics. 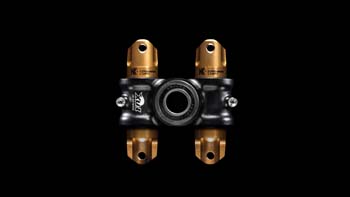 Made with the highest quality carbon fiber available, TURQ series bikes offer the perfect balance of stiffness and compliance.

The SB150 frame and Switch Infinity link are covered by a Lifetime Warranty. You CAN race, jump, ford streams, shred the gnar, or ride it hard. Don't worry, you don't need a lawyer to decipher how it works.